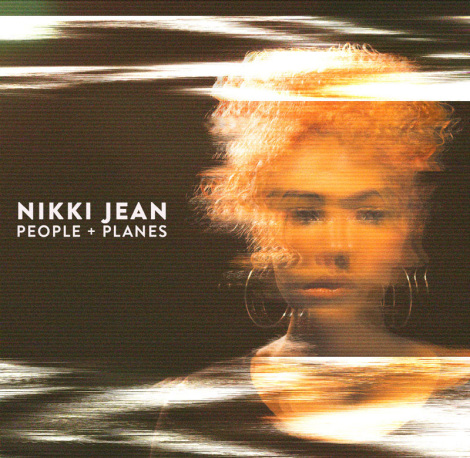 At Soundset Music Festival last Sunday, we were so fortunate to sit down with up-and-coming St. Paul artist Nikki Jean to discuss her music, her story, and some of the social issues she cares about and is working to help fix. Many thanks to Nikki for chatting with us, and we look forward to seeing you play here and in Chicago!

WMXM: So you just got signed with Rhymesayers Entertainment for the release of your new EP. How awesome is that?

Nikki Jean: I love Rhymesayers, I’ve loved them forever. Ive known Slug and Siddiq (sp?) since I was twelve and Ali is a good friend of mine, so it really feels like family and it feels like coming home. I’m from St Paul, so it couldn’t be a better fit and I kinda feel like a kid who raided the candy shop cause Slug has always been an older brother kind of figure and I feel like I’m all up in the shit wearing the hoodie like “Oh my god I’m part of this!”

WMXM: For people who have never heard your sound before, how would you describe it to them?

NJ: I have trouble putting words to it but I feel like that’s an issue that every artist has, they’re like “I don’t sound like anything” but that’s trash, you know you sound like something. So I think broadly it would fall under the category of R & B and I really love hip hop so I wanna bring the lyricism that’s present in like rap songs and in folk music, ’cause songwriting is my main jam like that’s what I’m into so I wanna bring that love of lyricism to songs for hip hop lovers. That didnt really describe my sound but I think that describes my intention.

WMXM: Have you always been into songwriting?

NJ: I fell in love with songwriting when I was five. I liked old school songwriters and I spent years writing with my songwriting heroes and then had kind of a return to hip hop with my last EP which is the only reason I could connive Siddiq into being like “No no maybe we could be a good fit!”

WMXM: You just released a new song with Lupe fiasco but you also released one with him in 2008, so whats been the progression of you guys working together and how cool is it?

NJ: I was on two songs on The Cool and then in 2011 he did a verse for “Million Star Motel” on my album Pennies in a Jar and that was also with Black Thought from the roots, shoutout to the legendary Roots and then me and Lou reunited in like 2014 or 2016, but we were friends the whole time. I only make music with my friends, I never want to be pimped out as a hook girl, so when people ask me to work with them I’m always like, “Are we friends?” “Well we could be friends” I’m like okay, when we are [friends] then I’ll do it. But sometimes you become friends with someone then you’re like, “Aw, now I have to do a hook”. So Lou blessed the project for me and I love working with him, he’s one of my favorite all-time collaborations.

NJ: Can I be friends with Sting? Who doesn’t wanna be friends with Sting? That’s an off-brand answer but he just seems so cool. I hear the craziest stories about Sting with his friends, like I was at dinner with someone and she was like “yeah I was at Sting’s house last night and he asked to dance with me” and I was like how can I get this invite? I can’t dance but I would learn. I would learn for you, Sting.”

WMXM: I love asking everyone about their songwriting process because theyre all so different do you wanna tell us a little bit about yours?

NJ: Yeah, so my process has changed over the years, I think I started writing originally as a way to express myself. I was my mom’s only child so I spent a lot of time alone, and there’d be a song that I’d hear that’d be like, you know, they were probably feeling the way I am right now when they wrote this. So that made me feel like I wasn’t alone, so when I had emotions that I couldn’t really express I’d write songs the same way. My hope is always that someone will hear what I wrote and think “That’s how I feel but I didn’t have the words to say this or I thought I was the only one who felt this way but I know I’m not”. We’re all so human and we all go through these periods where we feel so alone and like no one understands and most times it’s someone that you’ve never met, but you do feel me though. Someone feels me.

WMXM: Where do you see yourself going with your music? Where is Nikki jean going next?

NJ: I wanna make more songs. Step one: more songs, I have such a backlog of songs but I wanna write more songs as well and work with more of my friends and hopefully make a few new friends. But you know, work definitely with my friends and make some more songs and put them out and try and connect to a broader number of people, but maybe some more like… I don’t like [the term]”uplifting music” I always feel like it’s preachy or propaganda. Like don’t try and make me feel good, like if it feels good like “Nice for What” [by Drake] is so good and I feel like Drake is very strategic but if you can make a song that makes people move that’s great, but in years past, I was a sadder person, like I was more depressed and I don’t wanna write songs that make people feel sad. I don’t wanna just commiserate with people when we’re at our lowest, I wanna commiserate our wins too. I want us to be able to feel that connection not only when we’re going through it but also when were like “yo we did this shit”. So musically that’s what I wanna do and I wanna write songs as a woman for women that aren’t just about men. It disappoints me because we’re so much more than that, we think about the world and about issues and we have our own perspectives. Every song should try to pull on a heartstring and be like you know what you don’t need that dude. There’s more to us and I wanna be able to reflect that in my writing.

WMXM: In the future, what can fans expect from you?

NJ: Okay so I hate getting dolled up, and I realized that I was just dressing up and playing the piano and playing songs and I wasn’t putting music out because I dont wanna do this dance, but Nikki Jean fans can expect me to do this dance because were trying to build this platform cause I’m trying to do some good. So I need to get everything as good as it can be, because people with big social media prescences can impact things, they can change things. You cant change things when you’re sitting in your living room and watching people change things,you have to get out there and do it. I’m involved with this foundation called the Samburu Girls Foundation, it’s located in Samburu county of Kenya. They’re doing amazing work rescuing girls from harmful cultural practices like child marriages, these girls are 9 years old getting married. So there’s this woman, Doctor Josephine Kulea, who started this foundation and they go in and rescue these girls and put them in schools! They’re doing such great work and I’m working with them, we’re working together to make a plan that is sustainable so they can get economic independence so they dont have to come to America or anywhere else and ask for money all the time, and that’s my main goal and that’s what I think about when I’m putting on my lashes in the morning.

WMXM: Wow I literally just got goosebumps because thats so touching I love that you’re so involved with such important work

NJ: I was actually involved in a small project there, and I just dug into it and started asking more questions and I found out that the real problem is that it’s not sustainable because it’s expensive year after year after year. They don’t have any way to make it so you spend the bulk of your time doing the work instead of being out here trying to get money, and I said let me put my mind to this. I rarely ask my friends and my connects in the industry for anything, and I will call in every favor for these girls. I have to make sure that we have the structure in place to support it, and then we’re gonna do it. Many hands make light work. I only have two hands and I know I might not be the biggest superstar in the world, but only having two hands is no reason to not put them to work, so I encourage everybody to try and make change.

WMXM: Are there any other up and coming artists that you love or that you’re really into?

NJ: I mean I know she’s my sister or label-mate or whatever but I love Sa-Roc and she gets onstage and she raps, she raps her ass off and her message is not at all diluted. She’s not a rapper who feels like she needs to have a gimmick so she can become respected. It’s really hard for women rappers, and she comes out and she has so much integrity and so much positivity in her message. I was talking to her last night and she was like “Yeah I have to get [to Soundset] by one to see Rapsody”. She supports other women artists, she’s welcomed me so warmly, and I love her sound. So Sa-Roc, there’s so many new artists like theres new music coming out all the time so I’m drawing a blank but those that I just saw and interacted with really impacted me. 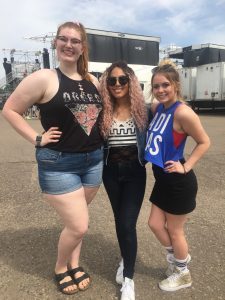