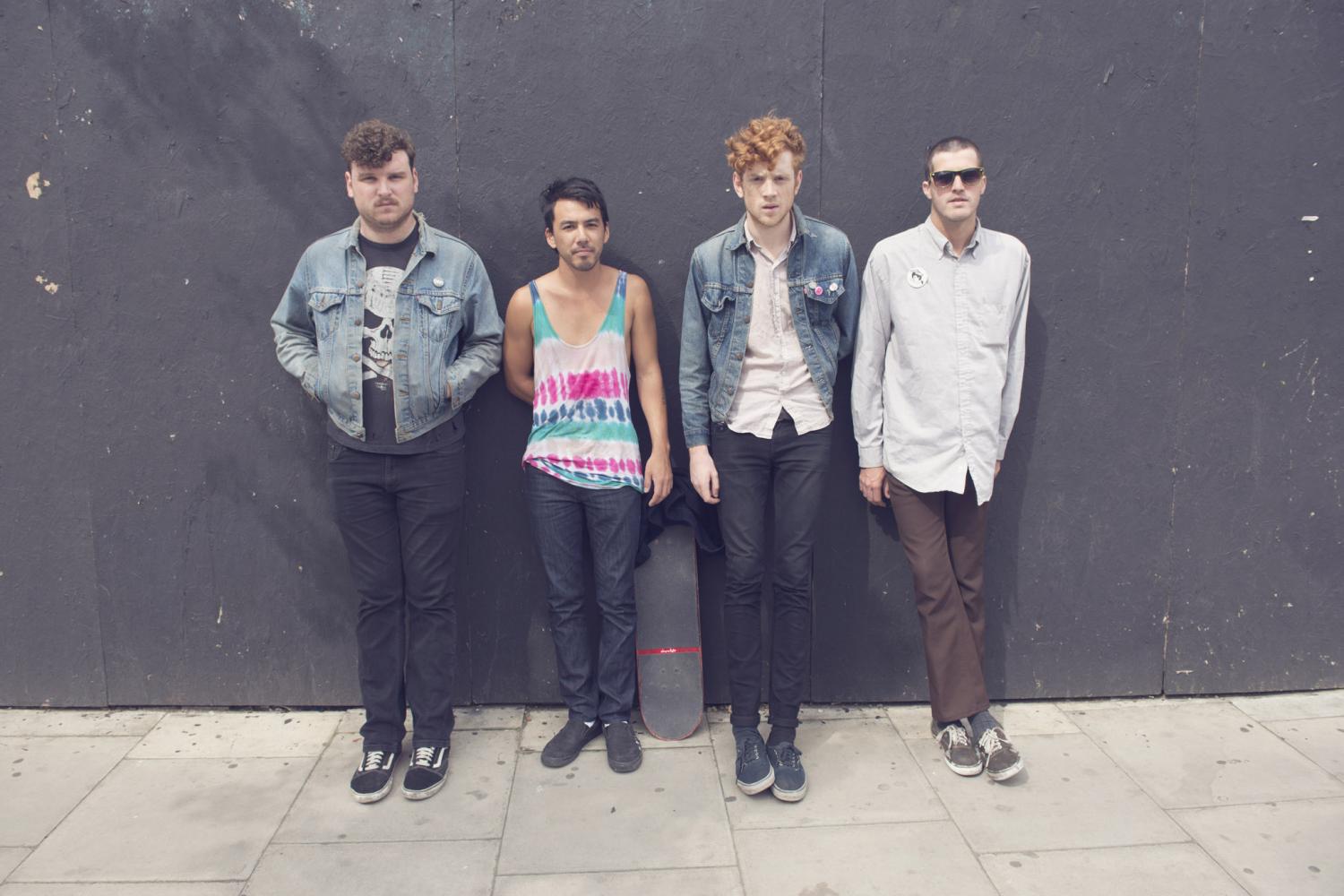 Elvis Kuehn (lead guitar and vocals) and his brother Max Kuehn (drums) played pop punk in their garage back in Los Angeles, CA. Little did they know Zac Carper (rhythm guitar and vocals) and Brandon Schwartzel (bass and backing vocals) would soon join them to form FIDLAR, a shortcut for “Fuck It Dog, Life’s A Risk,” as later it was referred in their “Cheap Beer” song.

Taking advantage of the underground skatepunk resurgence, the skate-punk FIDLAR features as one referent of the skate pop and skatepunk scenes in cities like Los Angeles (US), London (UK), Brisbane, Sydney, and Melbourne (Australia). Their chief influence appears to be the punk rockers Offspring and Blink-182. Do you remember them?

While FIDLAR’s songs have been featured in Spotify’s “Skate Park Punks,” some others have appeared in different famous media.

FIDLAR is the kind of band that plays in skate punk sort of style kind of rock. It’s vibrant, it’s energetic, and it’s cool. The type of music you want to listen to when doing an “Ollie,” “kickflip” or “McTwist” if you’re about skateboarding.

What’s cool about this band is while they only have two albums (Too and FIDLAR), six singles (Leave me alone, Drone, West Coast, Awkward, and Cheap Beer), and two EPs (Don’t try and Diydiu), they manage to be sort of original within the skateboarding scene.

Some related artists are Bass Drum of Death, King Tuff, Wavves, and The Babies. Talking about different bands, FIDLAR’s last touring experience took place along bands like The Pixies, The Hives, and Black Lips.

Give it a try and check if you like them.