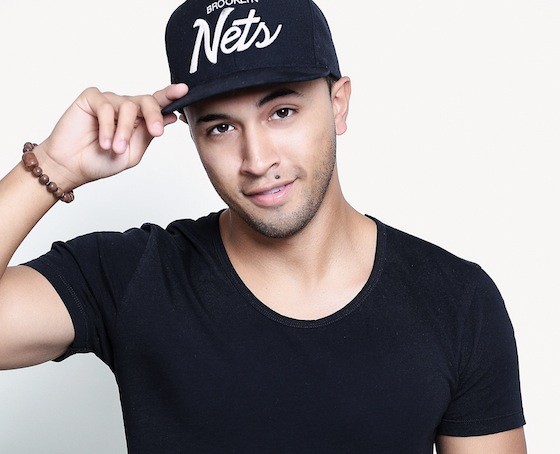 At SoundSet this Memorial Day Weekend, we got a chance to sit down for about 5 minutes with DJ Crespo after his set with Jaden Smith!  We are so grateful to him for his time and it was awesome to meet him! Here’s the interview:

WMXM: So how long have you been working with Jaden?

DJ Crespo: I’ve been working with Jaden for about a year and a half now. We connected between a mutual friend who’s now actually our manager. We’re under a company called Westbrook Entertainment–so they manage Will, Jada, me, and a couple other musicians and artists and we just hit it off right from our first meeting and we decided to go on tour together. Our first tour was with Fall Out Boy and they’re Chicago boys too so it’s really cool how that all connects. It was awesome, we learned how to perform with each other and I had performed with other acts before like Wiz Khalifa, Big Sean and people like that but I was really excited because Jaden is someone that I really respect, and from such a young standpoint too. So it worked well and its been working amazing, we’ve been doing more-so the bigger shows, he did the Vision tour and that was more small, intimate shows, but for arenas and festivals I’m always with him.

WMXM: You worked with Wiz and Big Sean, is there anyone else that you’d wanna work with?

DC: Yeah, I mean, I don’t listen to just hip hop, I love everything. Diplo is a good friend of mine, I’d love to make some music with him. There’s artists like Skepta, who’s a UK Grime artist, I’d love to collaborate with everyone and anyone. I love all kinds of music.

WMXM: How long have you been involved with your own music?

DC: Ive been DJ-ing and producing for about 10 years now. So Crespo or DJ Crespo is what I go by and I’ve really just been touring clubs all across the world, basically. I do kind of what Diplo does–I show up, I rock the crowd, and that’s my main goal, is to make sure people have the best time, and play the right records.

WMXM: Where was your original start?

DC: It actually started in college for me. I went to Florida State University in Tallahassee. So I was born in Chicago but I moved to Florida when I was 6–Chicago is still home though, go Cubbies–so when I moved to florida I ended up going to college at Florida State and I was always fascinated with hip hop culture– and the DJ to me was the coolest part about it, cause he didn’t have to say a word and people would dance, so I wanted to learn and really soak that part of the culture in– so I really just was a hip hop head from the start, thanks to my sister, and I started there and its been about ten years now.

WMXM: Where do you see your music going? Do you wanna keep working with Jaden?

DC: Oh of course, we’re actually working on his second album so I’m hoping to have a couple production credits on there. I just remixed Icon, his most popular track. Its a festival-trap mix, so I’m trying to help bridge him into that EDM world, kind of what Diplo does with Lil Pump and stuff like that, so that’s where I’d like my production to go–work with everybody and show them that there’s no boundary to what you can do with music.

WMXM: Do you wanna come play in Chicago again? We’d love to come see you or have you come up to Lake Forest!

DC: Well I actually played Chicago last night, I was at a club called Prysm, I have a residency there, so I did some crazy travel. I played in Charleston on Friday, flew here for soundcheck for two hours, then flew to Chicago to play at Prysm and then this morning flew back here to play this set.

WMXM: Oh we know Prysm! We’ll definitely be there if you’re in Chicago, even if its not at our school.

DC: Hell yeah! Anytime you guys see Crespo at Prysm, let me know and we’ll do it! 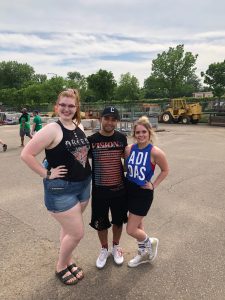 One thought on “Interview with DJ Crespo!”